Ankylosing Spondylitis: What Treatments are Available? 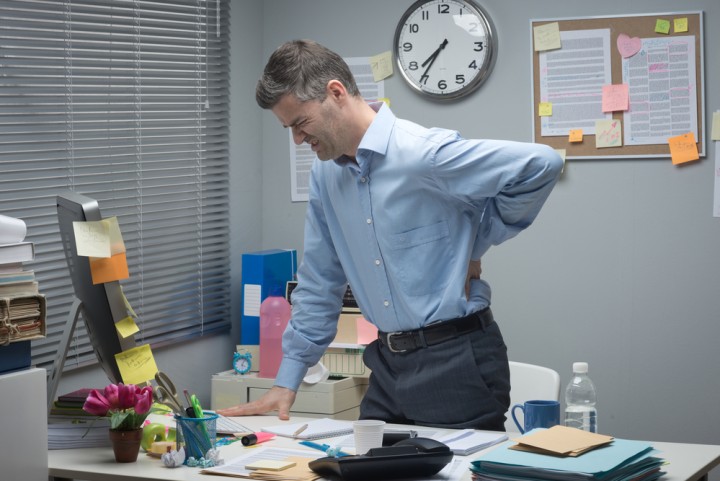 Ankylosing spondylitis is a form of arthritis that primarily affects the spine although any other joints may be affected. It involves inflammation of the spinal vertebrae that may lead to severe pain and discomfort. In more advanced cases this inflammation can lead to ankyloses which is new bone formation in the spine causing sections of the spine to become fixed immobile position.

There are a number of treatment options that are available to ease stiffness and pain but exercise and paying close attention to posture are very crucial in keeping the spine mobile and helping one live a normal life.

Analgesics and non-steroidal anti-inflammatory drugs- NSAIDS- are usually the first choice for people with ankylosing spondylitis and will need to take them when the pain is overwhelming. Paracetamol and co-codamol are very helpful painkillers. They can be taken regularly and also before activity is undertaken to keep pain at a minimum. One should not wait until they are in severe pain to take painkillers.

NSAIDS can be used to reduce pain such that one is able to do their normal day to day activities and exercise routines. These drugs will probably need to be taken over bad patches and some people may need them over longer time frames. These tablets mostly come in a slow release formulation that can help with nighttime pain and morning stiffness. Some NSAIDS are available in gel form for one to apply to the affected area.

NSAIDS naturally have side effects like any other drug, but medical practitioners normally take precautions to minimize the risk. For example the lowest possible dose may be prescribed for the shortest possible time frame.

and are drugs that are very helpful in relieving arthritis in the joints of arms and legs but are not very effective in treating spinal symptoms. These disease modifying anti-rheumatic drugs- DMARDS- are given to reduce vertebral damage rather than pain. They are slow acting drugs hence very hard for one to immediately notice the impact, but with time the results are evident.

These are anti-TNF drugs are new treatments that are very effective for ankylosing spondylitis and non-radiographic axial spondyloarthritis. Some of these drugs include; etanercept, adalimumab, certolizumab, pegol and golimumab. These drugs can only be prescribed by a rheumatologist and are administered by having an injection under the skin, which one can learn to do by themselves. These drugs are not for everyone and can only be prescribed in situations where ones ankylosing spondylitis can’t be treated using anti-inflammatories and physiotherapy. The effect of biological therapies is usually monitored and occasionally requires one to answer a questionnaire to monitor the improvement.

They are usually used as a treatment for short term flare-ups. They are administered in form of an injection under the skin into the swollen joint or as a slow release injection into the muscle. They can also be administered into a tendon, in the case of a swollen heel, although this is not done frequently as it may lead to weakening of the tendon. Prednisolone is a type of steroid tablet that may be administered. As much as these treatments are very useful in improving pain and stiffness one may develop side effects if the drug is used for long time frames. These side effects could be weight gain, osteoporosis, infections, high blood pressure and high blood sugar.

Bisphosphonates can be administered to deal with osteoporosis. It has also been said to treat the stiffness and pain of ankylosing spondylitis though this has not yet been proven scientifically.

This is a very important treatment for ankylosing spondylitis. A physiotherapist is very useful in putting together a bunch of exercises and therapies useful for increasing muscle strength and helping one maintain the mobility in the spine and other joints. These exercises are efficient is ensuring the spine does not stiffen in a bent position.

This involves exercises done in a warm water pool. This therapy is very helpful and the program can be continued in a local pool or with the National Ankylosing Spondylitis Society.

Most people rarely need surgery though some may need hip or knee replacement if these joints are badly affected. They are ideal in helping get rid of pain and improve mobility. Spine straightening surgery is extremely rare and not recommended.